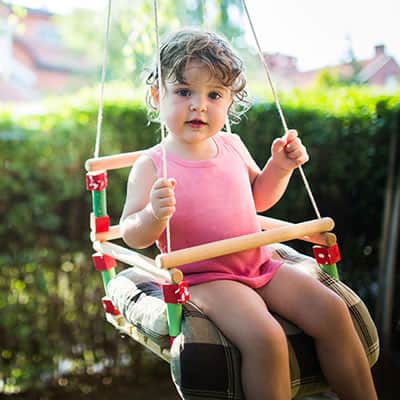 Growing up, Dove award-winning singer-songwriter Ginny Owens never imagined that’s what she’d be. In fact, Ginny—blind since age 3—was not even considering music as a profession. Fortunately, God had other plans. Ginny shares her story and some of her great songs.

with Ginny Owens
Ginny Owens' job prospects looked bleak. She realized that schools were unreceptive to hiring a blind music teacher. Ginny tells how God used that time to prepare her for a music career she could hardly imagine. View Show Notes →

with Ginny Owens
What do you want to do with your life? For Ginny Owens, the answer is simple-to sing and write songs. Ginny talks about the ups and downs and the closed doors that led her to a thriving music career. View Show Notes →

with Ginny Owens
Ginny Owens shares how God answered her mother's prayer for her purpose, and talks about her ordinary childhood in Mississippi, despite her blindness. View Show Notes → 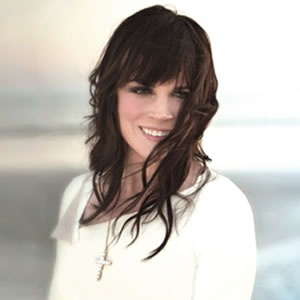 A three-time Dove Award winner, Ginny Owens became a household name when she was named Gospel Music Association’s New Artist of the Year in 2000. In a career that has spanned fifteen years, Ginny’s seven studio recordings have amassed nearly one million records in sales and spawned career-defining number ones like “If You Want Me To” and “Free.” Her songwriting prowess has earned her song cuts by artist peers like Rachael Lampa and Christian music legend Michael W. Smith, and awarded Ginny a mantle of ASCAP and BMG Music Publishing Awards.

Since completing her successful run with Rocketown Records in 2006, Ginny has released a Christmas collection, 2006’s Bring Us Peace, a hymns project, 2009’s Say Amen, and an R&B-pop influenced set list with 2011’s Get In, I’m Drivin’, appeasing her massively loyal fanbase and generating hundreds of solo tour dates nationwide, as well as placing her songs in various movies and network television shows.

Born and raised in Jackson, Mississippi, Owens discovered melodies on the piano before she could complete a sentence. As her vision began to leave her eyes–a degenerative eye condition left Ginny completely blind by age three–songs began to emerge from her fingertips, providing a window into the world for Owens. Despite her physical challenge, the illustrious songstress pursued a career in music. Her unique musical style and inspirational lyrics have transcended genre definition, endearing her to Christian and mainstream listeners alike to afford her audiences at the White House, the Sundance Film Festival, Lilith Fair and a rare performance at the 60th Annual National Day of Prayer in Washington, D.C.

In 2005, Owens launched The Fingerprint Initiative, a hands-on non-profit organization designed to “bring hope to the world, one project and one touch at a time,” a motto that echoes her desire as a singer-songwriter. “I’ve spent enough time listening to people’s stories to know that they’re desperately seeking hope,” Ginny explains. “Perhaps I can encourage with a song that says, ‘I know something about what you’re feeling. And I believe with all my heart that there is indeed hope.’” Ginny has been featured on NBC’s Today Show and CNN in recognition of her initiative’s relief contributions domestically.

When not on the road, Owens serves as an adjunct professor of songwriting at her alma mater, Belmont University, and is on staff as a worship leader at The People’s Church in Franklin, Tennessee. Her first book will release on Thomas Nelson in the first quarter of 2015.