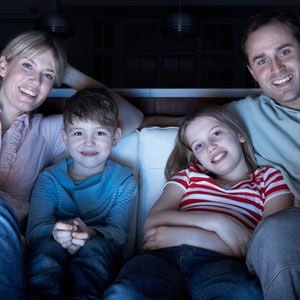 Christian recording artist Michael W. Smith and director Steve Taylor talk about their movie, The Second Chance, a film that authentically tells the story of how a rebellious son and a street-smart pastor struggle to bridge the gap between their respective churches and cultures.

Talking About the Movie “The Second Chan

How Fame and Popularity Affect a Marriag

The Early Years: Living the Life of a Prodigal

Michael Whitaker Smith was born October 7, 1957 to Paul and Barbara Smith in Kenova, West Virginia. A sister named Kim would follow. Michael was a typical boy – active in baseball, his family’s church activities, and playing piano. But in not-so-typical fashion, he wrote his first song at age five. At the age of ten, he made a decision to give his life to Christ. He dreamed of playing professional baseball.

Michael attended college at Marshall University in West Virginia but after one semester dropped out to move to Nashville and pursue a career in music. (side note trivia: In 1992 Michael received an honorary Doctorate of Music degree from Alderson-Broaddus College in Philippi, West Virginia.)

In 1994, Michael founded a teen club called Rocketown in an effort to provide a place for teens to gather in a safe, loving environment. A warehouse in the Cool Springs area of Brentwood, TN was converted into a dance floor, rooms with pool tables and a coffeehouse. After three years, the club closed. The leadership continued to build a ministry devoted to kids, and a new site in downtown Nashville that reopened in 2003. Visit Rocketown at www.rcktwn.com.

In 1996, Michael founded Rocketown Records with Reunion executive Don Donahue and launched their first artist, Chris Rice. Michael and Don shared a dream to be part of a label where great songs were the focus, where artists, not acts, were developed. They wanted a label that felt like a family. And what a family it is! Go to www.rocketownrecords.com to learn more!

In 1999, a prayer group of Michael and Debbie’s that had been meeting at their farm, had blossomed into what they felt had become a church body. Gathering up some leadership, Michael and Debbie helped start New River Fellowship with close leadership by Pastor and mentor Don Finto, former senior pastor of Nashville’s Belmont Church where Michael and Debbie had attended for many years. Visit New River Fellowship at www.newriverfellowship.com. Throughout his career, Michael has had the opportunity to sing for Presidents and national leaders, and counts among his friends the Reverend Billy Graham and his son, Franklin Graham. He is active in Billy Graham Crusades as well as The Samaritan’s Purse, the ministry headed by Franklin Graham.

But for all of Michael’s accolades, for his involvement in his teen outreach Rocketown, leadership in his local church body, the business of being an artist, an author and a record label executive, Michael sums up his life as this, “to be remembered as a God-fearing man who loved his wife and kids well.

Steve Taylor was born in Brawley, California on December 9, 1957 and grew up in Denver, Colorado. He studied music, filmmaking and acting at Colorado University in Boulder, then began a career as a recording artist that spanned twelve years and garnered him two Grammy nominations for "Meltdown" (1984) and "Squint" (1993). In the process, he made history as the only artist to twice win Billboard Music Video Awards for self-directed music videos. He was also lead singer/co-writer in the MCA-signed modern rock band Chagall Guevara, who were first introduced on the soundtrack to the movie "Pump Up The Volume."

In preparation for his first movie, Taylor spent two years studying the Meisner technique under acting teacher Bill Feheely. The film that followed - "The Second Chance" - marked Taylor's debut as director/co-screenwriter. It was produced independently in Nashville and featured a number of first-time actors in prominent roles. The movie was subsequently picked up for a 2006 theatrical release by Sony Pictures Releasing.