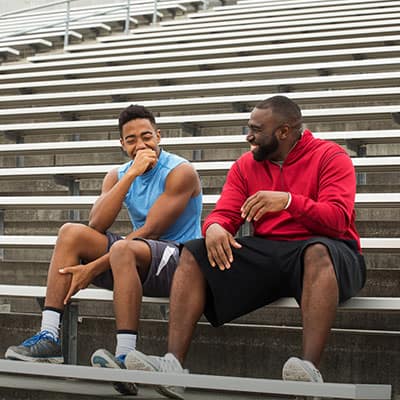 Dr. Harold Davis, president of the TALKS Mentoring Movement, shares about the young men he mentors. Without fathers in their lives, these young men are getting their cues from the street and making poor choices. Davis tells how mentoring these young men and exposing them to the gospel is changing lives and investing in their future. Davis recalls his own childhood and the negative attitude he embraced toward school from a young age. Davis encourages parents and mentors to call today’s youth to higher things, and encourages adults to get involved and make a difference in future generations. Davis tells listeners what they need to know to understand and reach out to black youth around them.

Getting Involved Through Mentoring

with Harold Davis
Dr. Harold Davis recalls his own childhood and the negative attitude he embraced toward school from a young age. View Show Notes →

Making an Impact on Young Men

with Harold Davis
Dr. Harold Davis shares about the young men he mentors. Without fathers in their lives, these young men are getting their cues from the street and making poor choices. View Show Notes → 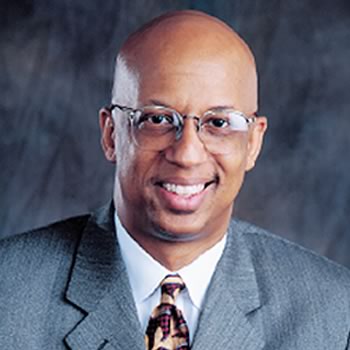 Those who are able to learn from and utilize life’s experiences will have greater opportunities for success.  This has certainly been true of the life and work of Reverend Dr. Harold D. Davis. His life experiences thoroughly prepared him for his life’s work.

Harold D. Davis set out to acquire life experiences that would help him accomplish his personal and professional goals. He was determined to be a business owner, landowner, and professional musician. At age 10 he began studying guitar and by age 15 he was teaching over 50 students a week. After graduation from Charleston High School (WV) in 1971, he went to West Virginia State College in Institute and studied music education, while leading a number of professional popular bands. He graduated from college in 1976, and opened his recording studio. By the time he was 25 years old, he had done much of what he set out to do.

Having achieved many of his goals, Harold D. Davis turned his attention to an area of service dear to his heart—advocating on behalf of children. From 1981-1986, Rev. Davis served as a music specialist/teacher for Champaign Unit #4 School District. To better serve his students, he enrolled at the University of Illinois and took courses toward a Master’s degree in Music Education.

In 1984, Harold Davis accepted his calling to the gospel preaching ministry. Two years later, he joined the staff at Canaan Baptist Church as the Assistant Pastor/Pastor of Youth Activities, and served for twelve years. In 2013, Rev. Davis returned to pastoral ministry and served for eleven months as pastor of Greater Holy Temple in Urbana. On March 4, 2014, Rev. Davis founded Grace Fellowship in Champaign and serves as Senior Pastor.

Since 1998, Reverend Davis has served as Executive Director of TALKS Mentoring.

His work on behalf of young people has been recognized. He is the recipient of the Illinois Fatherhood Initiative’s 3rd Ricky Birdsong Award; a Those Who Excel Award presented by the Illinois State Board of Education; the Drum Major Award from the Champaign County Commission; and the Ebony Excellence Community Activism Award from Bruce D. Nesbitt African American Cultural Center. In 2014, the Illinois Fatherhood Initiative honored Rev. Davis as an Honorary Father of the Year and adopted the TALKS Mentoring Leadership Program for their initiative in public schools.

Reverend Davis holds the Master of Ministry and Doctor of Ministry degrees with honors from Bethany Theological Seminary, the Bachelor of Arts from West Virginia State College, and has authored several books, including Never Alone (Dating from the Biblical Perspective), Can I Call You Soldier? Resolved! Run (soarin’ not saggin’) and the TALKS Mentoring curriculum series. He has served on the faculty for the Moody Bible Institute’s Pastor’s Conference, and been heard nationally on radio programs.