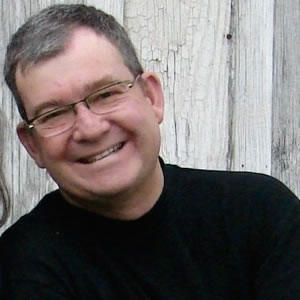 Paul is the co-author of the book "Launching An Orphans Ministry in Your Church" and a co-host of the "If You Were Mine DVD Adoption Workshop" both published by FamilyLife Publishing. Paul also led the development of the "Your Church and the Orphan Seminar" that helps churches launch an orphan ministry. He also led the development of the Cry of the Orphan campaign – a joint orphan awareness media campaign by Hope for Orphans, Focus on the Family and Steven Curtis Chapman’s Foundation Show Hope. Paul also co-founded, and formerly served on the board of, the Christian Alliance for Orphans – an association of Christian adoption agencies, orphan care ministries, Christian media, foundations and advocacy groups. Paul is a frequent guest on FamilyLife Today, which is FamilyLife’s national radio program, hosted by Dennis Rainey, and is broadcast to more than 1,000 Christian radio stations in America. Paul has been asked to speak at the White House on adoption and orphan ministry topics, as well as leading many Hope for Orphans live events across America and internationally.

Robin is a pioneer in working with at-risk families experiencing the disruption of their adoptions, along with the families receiving them. She has been engaged with Hope for Orphans' local church networks to see how the Body of Christ can come along side both families of at-risk children and families in crisis. In this work she has seen God work miracles to provide families for children in crisis, as well as learned much about those families at-risk for crisis. She has been a frequent speaker at Hope for Orphans events and a guest with Paul on the national radio program, FamilyLife Today®.

Paul and Robin have been married 35 years and have six children, five of whom the Lord brought to them through adoption. They have 12 grandchildren.

In Defense of the Orphan

with Paul Pennington
Is anyone defending the cause of the world’s 143 million orphans? View Show Notes →

Responding to the Cry of the Orphan

with Paul Pennington
Is the Church doing anything to help the world’s 143 million orphans? View Show Notes →

Meeting the Needs of the Orphan

with Paul Pennington
What is the Church going to do about the world’s 143 million orphans? View Show Notes →

Aiding the Orphan:Transforming a Culture

with Paul Pennington
What do a small-town Maryland couple, a farm in Zambia, and 200 orphan children have in common? View Show Notes →

with Larry and Joy Crain, Paul Pe...more
Hear The Crains relive those happy moments when they were finally able to bring their children home. View Show Notes →

with Larry and Joy Crain, Paul Pe...more
Hear the Crains tell how God blessed them over and beyond what they could have ever asked or thought. View Show Notes →