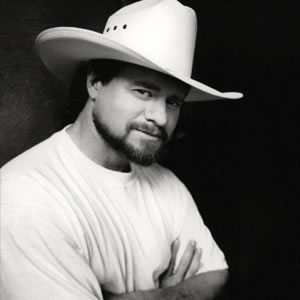 After graduating from high-school at the age of eighteen, Paul Overstreet moved from the bayous of Mississippi to the music capitol of the world, Nashville, Tennessee. Overstreet believes that it was his talent and vision, given to him by God, that enabled him to reach his goals as a songwriter, artist, and producer.

As a songwriter, Overstreet has written and co-written 27 top ten songs, his first being George Jones', Same Ole Me. Overstreet also founded Scarlet Moon Records, releasing A Songwriters Project - Volume 1 . This project was a labor of love, and much awaited by those who love Overstreet's own rendering of hit songs previously recorded by other artists. He later released Living By The Book, a collection of new Overstreet penned Christian songs that demonstrated his positive, inspirational life outlook.

Paul has enjoyed watching his talented family not only grow in stature, but in talent. His oldest son, Nash is the lead guitar and writer for the pop group Hot Chelle Rae. His son Chord is an amazing artist songwriter, but you may know him best as "Sam" on the hit TV show, GLEE. His oldest daughter, Summer is an accomplished singer/songwriter and Paul looks forward to lots of time with her in the studio as he enjoys producing her and anticipates her song release on Itunes, "YOU REMAIN". Harmony (you knew she had to be musical) has shown an amazing talent for songwriting and singing as well. She is recently back from L.A. and has jumped into the music scene with a fervor, keep your eye out for her, too. Skye, his 5th child is in college, getting great grades, has done a music business internship and has some of the most amazing harmonies you have ever heard, so watch out! Finally, Charity, his youngest, at age 14, is an accomplished guitar player and has indeed, inherited the gift of singing. So there is a lot more of Overstreet on the horizon. Please keep watching as the family grows. Paul and his wife, Julie will be married for 29 years this January and still live outside of Nashville.