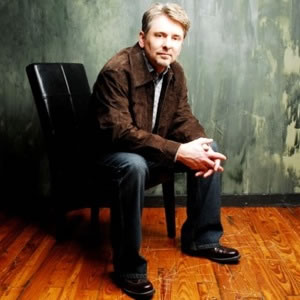 You may not recognize the name or the face of Dennis Jernigan, but there is a good chance you know some of his music. Songs like “We Will Worship the Lamb of Glory”, “Thank You”, “Great is the Lord Almighty”, “Who Can Satisfy My Soul (There is a Fountain), “I Belong to Jesus”, “Nobody Fills My Heart Like Jesus”, and “You Are My All in All” have been sung widely by the body of Christ since the early 1990s. Having written hundreds of songs (even though Jernigan does not see himself as a song writer but, rather, a song “receiver”), there is so much more to the man than simply a musician.

Dennis Jernigan has been married to Melinda for 29 years. Together they have nine children (and no, they are not Mormon or Catholic and the children are not adopted…and yes, they know what causes that…and yes, they like it!). The Jernigans decided a long time ago that Dennis’s first priority was that of husband and father so he never truly toured and they chose not to live in Nashville…not that there’s anything wrong with any of that! This was simply the Jernigan’s mandate from the Lord as they saw it. Perhaps that’s why you do not know who he is. And that’s just fine with him.

with Dennis Jernigan
There's no time to rest when you're in the middle of a battle. View Show Notes →

Let the Redeemed of the Lord Say So

What We Can Learn

with Dennis Jernigan
How do we relate to the homosexual community? View Show Notes →

Time to Get Honest

with Dennis Jernigan
Christian singer and songwriter Dennis Jernigan shares what happened when he chose to get honest with God about his homosexuality. View Show Notes →