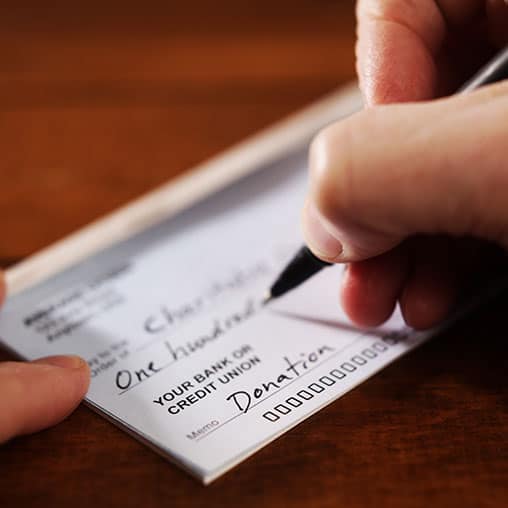 F
00:00
Brad Hewitt asks believers to consider the benefits of generosity. Whether giving our finances, time or talent, generosity blesses not only those who receive, but also those who give.

Brad Hewitt asks believers to consider the benefits of generosity. Whether giving our finances, time or talent, generosity blesses not only those who receive, but also those who give.

Bob: What’s wrong with that line of thinking?

Actually, I think thrifty is one of the great attributes. I remember having one interview with a lady and she said: “I love when we get the broccoli from the store, because they give you the big rubber bands. You can cut those in two, and you can come away with two rubber bands instead of just one.” I thought: “Boy! That’s thrifty!” [Laughter]

Brad: Thriftiness, I think, is a positive trait. It’s about making do with what we have. I think the difference between thrifty and stingy is that mindset / it’s that heart-set of, “I’m going to hold this tight in my hand.” A great illustration of this is—I remember my dad doing this and he’d say, “Open up your hand.” He’d put a quarter in the hand, and I’d quickly close my fist around that quarter. He’d say, “As soon as you do that, I can’t put another quarter in there.”

Dennis: Oh! [Laughter] You talked to a businessman one time, who asked you if he was generous.

Dennis: And it’s really back to almost the same illustration; isn’t it?

Brad: It sure is! In that story, he had read the book; and he was really wrestling with his own generosity. He had made decisions about basically giving away—he was, I think, doing very well. He probably had a lot of money—he didn’t detail it all out to me, but I’m just guessing. He was successful when it came to money. He really wanted me to actually reassure him that he’s being generous, but what he had done is—he had planned to give it all away after he died.

He asked me at dinner, “So, do you think I’m generous?” I said: “Well, I can’t answer that question / only you can answer that question; but I can ask you a different question: “Why would you give up all the joy you’re going to miss out on seeing that generosity before you die than after?” He actually went away and thought about that; and then basically just wrote me a note back and said, “I’m slowly prying open my tight fist.”

Dennis: There you go!—back to the tight fist!

Brad: It’s just a thankfulness of being able to pry open that tight fist now; but as we were talking about it, he’d grown up in a sense where a meal a day wasn’t a certainty. The emotion of the money—it was his relationship with money and that sense of “I’m never going to do that again,” that kind of paralyzed him in being able to be generous now.

Bob: The other thing I think people have to think about, especially as they give to—maybe there’s been a college / an organization that has been influential in your life—and you think, “I want to, when I die, leave a lot of money to that college / that organization—maybe help endow.” These are wealthy people who can do this. People, who might have done that 300 years ago with Harvard, might wake up today and see Harvard and go, “I don’t want my money funding Harvard,—”

Bob: “—because Harvard has drifted from what Harvard was when I gave my money to it.”

Bob: You have no idea what the organization that you want to leave a bunch of money to is going to be like 20 years from now.

So, you ought to give to whoever they are today—when they’re doing the things that you go, “That’s the organization we like!”—rather than wanting to endow their future when you don’t know what the future’s going to look like.

Brad: It’s a question I get from church leaders all the time: “What do I think about endowments?” and they usually don’t like my answer. I describe this as—it’s about like giving a teenager boy a Ferrari. Every teenage boy I know wants a Ferrari, and it’s probably the thing that’s most likely to kill them.

Brad: I think it’s—the problem with it is—I keep going back—I did a bunch of the prayer breakfasts this year. I keep going back to the Lord’s prayer—maybe the other prayer about money is: “Give us this day our daily bread.” I think that’s one of those really interesting ideas. It’s just like the prayer from Proverbs—it’s: “Don’t give me too little; don’t give me too much. Give me just enough.” I think that is some of that idea of: “How do we actually practically put that into practice in our lives / in our marriages? How do we have those conversations?”

The one thing I would say for all of this—and I joke about this a little bit—is when I was growing up, it was—polite dinner conversation didn’t include things about politics, religion, sex, or money. The only one that’s still off the table is money.

Brad: It’s one of those things where we really need to start talking about money. The reason—part of the reason we wrote the book is so that we could actually talk about money—but not in terms of budgets—but in terms of feelings. It’s, oftentimes, the feelings that drive that sense of, “Why can’t I give now?” It’s not the budgets or the process—it’s almost always the feelings that people have.

Dennis: It’s the feelings of loving—

Dennis: —loving that money. It’s a relationship they have with that money, which you’ve exhorted us, on a number of occasions here, as we talked to you this week.

Brad, I want to thank you for being on the broadcast. There is one last assignment I want to give you before we’re done here.

I just want to encourage our listeners to get a copy of Your New Money Mindset by Brad and his coauthor Jim Moline. In it, you’re going to find an assessment. Bob, you took the assessment—

Bob: It’s actually online. You can go, online, at FamilyLifeToday.com; and we’ve got a link to the assessment at Brad’s website. You can get a sense of what your relationship looks like and where there might be areas for improvement. The assessment is also in the book. You can order from us a copy of Brad’s book, Your New Money Mindset: Creating a Healthy Relationship with Your Money. Go to FamilyLifeToday.com to order a copy of the book, or call 1-800-FL-TODAY and we can get the book sent to you.

You know, I thought, oftentimes, this radio program, our website, our events and the resources we create—

—these things would not exist if there weren’t some people in the world who have the kind of mindset toward money that we’ve been talking about this week—people who have made generosity a priority. We recognize that, because FamilyLife Today is listener-supported. It is folks, who listen to this program, who have made it possible for the reach of this ministry to be expanded, now, all around the world.

In fact, we met a couple, not long ago, Dennis, who live in Singapore and who listen to FamilyLife Today, online, in Singapore every day. Of course, years ago, there was no way to make that happen; but because of the generosity of listeners, we’re able to use technology to expand the reach of this ministry and the message of God’s design for marriage and family. We want to say, “Thank you,” to some of the most generous people in the world.

I want to remind you that we believe your first priority, when it comes to giving, ought to be your local church; and then, beyond that, as you’re able to support this ministry, we’re grateful for whatever you’re able to do. You can donate to support FamilyLife Today, online, at FamilyLifeToday.com; or call 1-800-FL-TODAY to make a donation; or mail your donation to FamilyLife Today, PO Box 7111, Little Rock, AR; our zip code is 72223

Dennis: It’s been our privilege to have Brad Hewitt with us. Brad, I haven’t had a chance to ask you my favorite question.

Dennis: I like to ask men and women, “What is the most courageous thing you’ve ever done in all your life?” It’s totally off the topic, but I’m looking over your resume of all that you’ve done and accomplished in your life—it’s amazing! I thought, “You know, you have had to be a courageous man on more than one occasion.” Now Brad, I’ve been stalling to give you a chance to think.

Brad: I would say that, practically, it was moving from being in the business world and having what most people dream about—is their business career—and going to work at the church for basically ten percent of what I was making in the business world, just feeling the sense of God calling me to do that. It seemed courageous at the time, but it was very clear to me that I didn’t have a choice. It didn’t feel like a hard decision, but I knew it was going to have an impact. What has been surprising is the positive impact that it’s had, not the negative impact.

Dennis: You fulfilled your calling.

Bob: FamilyLife Today is a production of FamilyLife of Little Rock, Arkansas.

Help for today. Hope for tomorrow. 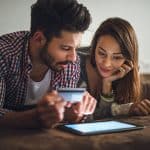 You and Your Money

with Brad Hewitt April 11, 2017
Brad Hewitt tells how consumerism thwarts our walk with God. Hewitt reminds us that it isn't how much you have, but what your heart longs for that determines whether you will be content. 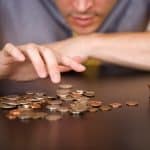 Who Am I Serving?

with Brad Hewitt April 10, 2017
Brad Hewitt challenges listeners to adopt a new money mindset in which God owns it all, and we are merely stewards of His money.

Connecting With Your Spouse Through the Busy Parenting Years

When we became parents, our entire universe shifted. What happened to the couple we were?