He Led a Double Life

Scott Jennings never dreamed he would cross the line. But somehow it happened.

He was unhappy at home. He loved Sherry, but … well, she was the boss at her work, and she acted like the boss at home. When things needed to be done, she would tell Scott what to do. And he got tired of it. 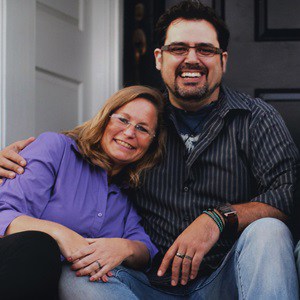 He wasn’t one to talk about his emotions. So he turned inward. He would escape to the fire station—where he was a volunteer fire fighter—and start drinking.

Things got worse after the Jennings’ son, Steven, was born in 1995. Sherry wanted to be supermom and Scott was happy to let her do it. Soon he avoided being around Sherry and Steven altogether. If Sherry went to bed early with Steven, Scott stayed up late and watched TV.

He often pretended that a call had come in from the volunteer fire department, but when he left the house he would head to a local bar instead. That’s where he became friends with people who seemed to really understand him.

Scott also turned to a woman at work for a listening ear. Eventually they went to a motel together. He never thought he would be the type of person to cheat on his wife. But he did.

He had stepped into a world of repeated lies, affairs, and deceit. Scott Jennings was living a double life.

In 2002 Sherry grew tired of waiting up at nights for Scott. She was weary of the crying, the arguing, the making up, and then repeating the cycle again. She knew there was more to life than this. She started attending a local church and, at times, Scott reluctantly joined her.

Over the course of several months Sherry came to know Jesus as her Lord and Savior. She begged Him to heal her marriage.

For years Sherry had believed her husband’s lies about working late and answering alarms for the fire department. But in 2004 she could no longer avoid the truth. She knew something was terribly wrong in her marriage.

She found an unfamiliar phone number on her husband’s cell phone and drove to the local address that matched it. Sure enough, Scott’s truck was parked outside an apartment complex. With the remote to his truck in her hand, she set the horn off, which brought him outside to silence it.

When he saw Sherry, he claimed he was just visiting a friend before he came home. Sherry didn’t believe it. She knew that Scott was trying to cover up the fact that she had caught him with another woman. She told him that it was time to go, that she was his wife and they needed to talk.

Scott followed Sherry to their house. They talked in the backyard for about an hour. He told her that he was depressed. He had it all—a loving wife, child, and house—and yet he didn’t want it. He seemed confused and told Sherry that he felt trapped by her and their son, Steven. He said that he wanted his freedom.

Sherry decided to give her husband space. She hoped and prayed that things would somehow work out in their marriage. Scott, on the other hand, went on several trips with his girlfriend and spent large amounts of time drunk or under the influence of prescription drugs.

End of a marriage

One night, when Scott was leaving his girlfriend’s apartment, he discovered that his truck was gone. “I hoped that it had been towed or stolen,” Scott says, “but in my gut I knew that I had been caught again.”

His girlfriend drove him home, where he found the truck. As soon as he walked into the house, he said, “I started in on Sherry and was very verbally abusive and angry.” She told him he could no longer live in the house since he was not living as part of the family.

Scott was stunned by his wife’s words. He packed a bag and left in anger, tearing up part of the yard as he drove away from the house.

Sherry reluctantly filed for divorce and eventually followed through with it. The final divorce proceeding was on September 21, 2005—their fourteenth wedding anniversary.

Scott and Sherry drove to the courthouse together, and he played a CD with teachings about marriage. He hoped this might lead Sherry to change her mind, but it did not. “I angrily went through the proceedings and spent the rest of the day drunk and stoned,” Scott says. “I think I was in a state of shock.”

Two days later, when Scott called to say goodnight to his son, he also talked to Sherry. His girlfriend complained that he spent too much time on the phone with his ex-wife. Even he was surprised by his response. “The fact was that I still did love Sherry.”

Scott’s girlfriend was livid. She punched him in the eye and told him to leave. He gathered all of his belongings, meekly called Sherry, and asked if he could store them in the garage. When he arrived at the house after midnight with his meager belongings, he wanted to see Steven. Sherry refused, and Scott became belligerent. He threatened Sherry with a lawsuit and left.

With just a few items of clothing and a six-pack of beer, he checked into a cheap motel. As soon as he got into his room, he called Sherry and berated her. He didn’t know what to do or where to go. “Everything that I had held dear was gone,” he says.

“When he called me for the second or third time,” Sherry says, “I tried to honor him and not yell at him.” Finally, she contacted Scott’s sister, Nancy, a pastor’s wife, thinking she might be able to talk some sense into her brother.

Nancy convinced Scott to open the Gideon Bible in the room’s nightstand drawer. As she read from the book of Isaiah, he followed along. Tears filled his eyes when he recited Isaiah 55:7: “Let the wicked forsake his way and the evil man his thoughts. Let him turn to the Lord, and He will have mercy on him, for He will freely pardon.”

Wanting to get away from reminders of his failures, Scott decided to drive to his mother’s condo in North Carolina. He knew she was visiting family, and he could be alone for a while. He called his boss and said he was quitting his job and moving out of state. His boss was empathetic and wished him well. “I didn’t see how things could possibly work out,” Scott says.

On the road, he hit the radio’s scan button and heard a preacher ask if anyone was listening who didn’t know which way to turn next. “It sounded like he was speaking directly to me.”

The preacher asked the listeners, “Do you want to climb out of the pit of darkness towards the light?” He explained how to repent and give Jesus Christ control, and Scott felt a deep sense of remorse for his wrongdoing. He repeated a simple “sinner’s prayer” to indicate his decision to receive Christ as his Savior and Lord. “I said the prayer and I literally felt different right afterward,” he says. “I felt like I had been carrying so much anger.”

Scott realized that his struggles with drugs and alcohol could be traced to his anger at God for allowing his father to die—just three years after he and Sherry got married. “Somewhere along the line I made the decision that I wasn’t going to talk about it [his father’s death] anymore.”

At the same time, as a volunteer fireman he had learned how to keep things to himself. He wouldn’t talk to anyone about the horrendous things that he often witnessed. “There was one particularly horrible wreck, and for a long time I would look at people’s faces and see one of the victims.”

He drank to avoid the pain. And when his alcohol use became obvious to co-workers, he started to abuse prescription drugs.

The sights, the smells, and the sounds of death haunted Scott until the day his life changed on his way to North Carolina. God doesn’t do this for everyone, Scott says, “but I physically let it [the anger and pain] go. All of those things were gone.”

A Weekend to Remember®

After Scott reached his mother’s house, his sister Nancy and brother-in-law Douglas (who lived nearby) came to see him. “I told them that I had come to accept Christ,” Scott says. He had started reading the Bible regularly, and they realized he was sincere.

Over the next week, news of Scott’s faith reached Sherry. They began studying Rick Warren’s The Purpose Driven Life together, discussing chapters every day by e-mail and then by phone. Scott told Sherry that he wanted to rebuild their relationship, but this time with God in control and at the center. Sherry said she wanted the same thing, realizing “This is the Christian husband that God has for me.” Sherry hoped that someday she and Scott would remarry “But we needed to do it God’s way.”

Sherry had heard about FamilyLife’s marriage conference on the radio—how it helped couples understand and apply God’s blueprints for their marriage. She told Scott, “We aren’t going one more step until we find a Weekend to Remember.” A few days later, Scott registered them for one in Philadelphia.

When the Jennings began their conference weekend, Scott wanted to do everything that he could to deepen his relationship with Jesus Christ and his wife. He wanted to show Sherry that she and God were his main priorities.

The first session of the conference introduces the concept of isolation in marriage, and the common factors that contribute to it. “That session was difficult,” Sherry says, “as we listened to all the familiar ways we broke our marriage and built walls of isolation.”

During the remainder of the weekend, the Jennings heard about God’s plan for marriage, and learned about practical communication tools for improving their relationship. They saw that God had been working in their relationship in ways they didn’t dream of. “We left that weekend knowing that God was using all the trials, tribulations, and ugliness, all our bad decisions from the past 14 years,” Sherry says, “to bring us … to a place to accept each other.”

They prayed that God would lead them in reconciliation and restoration, and also that they would follow and honor Him. Eventually they remarried, on May 5, 2007.

Today, Scott and Sherry not only promote the Weekend to Remember in North Carolina as FamilyLife volunteers, but also lead a marriage ministry in their church.

Sherry says that she now knows the truth about marriage. It’s “about choosing each day, each minute, to honor God with our words and actions, and in turn, we honor our spouses.” She says that God created Scott specifically for her. “How can I not love, honor, and treasure a perfect gift from my perfect God?”