Go Back To All Communication Articles

The Number One Problem in Marriage

Open communication is essential to the life of a marriage relationship.

Captain Red McDaniel rapped carefully on the walls of his cell in the Hanoi Hilton, practicing the special camp code prisoners used to communicate with each other. He knew he had to be very careful.

His Communist captors wanted to keep all of their American “guests” isolated and vulnerable. Prisoners caught trying to communicate would be tortured, and McDaniel had already been through that.

As the interminable days went by, McDaniel came to fear isolation far more than the threats of torture by his Vietcong captors. The highlight of each day was being taken to the washroom, where he managed to whisper briefly with two other Americans brought in at the same time. They told him about the camp code, an acrostic system that involved using a certain number of taps (or other signals) to spell out letters of the alphabet. McDaniel recognized the code as his lifeline, his only link with sanity.

If a new prisoner couldn’t learn the code and communicate with fellow Americans within 30 days of his arrival, he would gradually start to draw inward and deteriorate. The prisoner would slowly lose the will to live. He would stop eating, and as his stomach became bloated, he would actually start to feel “fat.” Little by little, the prisoner would die alone as the strange predator, isolation, sucked his very life out of him.

Good, open communication is the top need in marriage. Nothing is as easy as talking; nothing is as difficult as communicating. Using words correctly and skillfully is an important part of communication, but even more important is that both husband and wife have a willingness to communicate in ways that result in deeper honesty and openness.

Communicating effectively begins with discovering transparency. Transparency in marriage is described in Genesis before the fall: “The man and his wife were both naked and were not ashamed” (Genesis 2:25).

Adam and Eve were without disguise or covering, without any mask. They were uncovered physically, and they did not cover up emotionally. Before the fall, Adam and Eve were a picture of true transparency—being real, open to each other, and unafraid of rejection.

But after the fall, we read, “They knew that they were naked; and they sewed fig leaves together and made themselves loin coverings” (Genesis 3:7). Those famous fig leaf aprons were only part of their cover-up. Sin introduced a lot more than modesty. It also brought deceit, lying, trickery, half-truths, manipulation, misrepresentation, distortion, hatred, jealousy, control, and many other vices, all causing us to wear masks.

Many people spend tremendous time and energy building facades to hide their insecurities. They are afraid that if someone finds out who they really are, they will be rejected. For many men in particular, deep and honest communication can be very threatening. Too many wives and husbands are afraid to be honest with each other.

The Scriptures, however, emphasize being open and vulnerable. Paul modeled transparency when he wrote to the Corinthians, many of whom were not exactly his admirers: “For out of much affliction and anguish of heart I wrote you with many tears; not that you should be made sorrowful, but that you might know the love which I have especially for you” (2 Corinthians 2:4). Paul was not afraid to weep or say, “I love you.” Jesus wept over the death of Lazarus (John 11:35) and lamented that a hard-hearted Jerusalem rejected Him (Luke 13:34).

At the same time, Scripture warns about being too open and honest. Solomon wrote, “When there are many words, transgression is unavoidable, but he who restrains his lips is wise” (Proverbs 10:19). The familiar saying about words is not true: “Sticks and stones may break my bones, but words can never hurt me.” Words can hurt. They cut, rip, and wound. As Solomon also said, “There is one who speaks rashly like the thrusts of a sword, but the tongue of the wise brings healing” (Proverbs 12:18). If you’re a spouse who uses words rashly, then you would do well to “hold your tongue.”

Many couples would improve their relationships if both partners would use words that are gentle and full of encouragement and praise. In marriage, partners need to affirm each other often.

Learning to be more open

The Bible encourages deeper communication but cautions against using it recklessly. How can you tell the difference between what is appropriate and inappropriate?

Deep communication takes most of us a long time to achieve. You or your spouse may have come from a family where open communication was discouraged or even punished. It may take years to reach a deep, satisfying level of transparency, but every couple needs to be headed in the right direction.

Just as you do when you learn and sharpen most skills, with communication you start at easier levels and work your way toward proficiency.

The fifth, or lowest, level of communication is cliché conversation, where you share nothing of substance with the other person: “Hello, how are you doing? Hot, isn’t it? Have a nice day.”

Moving up the scale a notch, level-four conversation involves reporting the facts. You share what you know but little more than that. You expose nothing of yourself and are content to report what so-and-so said or what so-and-so did.

At level three, you share your opinions—your ideas and judgments about things. You finally start to come out of your shell and reveal a little bit of who you are. You watch the other person carefully, and when you sense even the slightest question or rejection, you retreat.

Emotional sharing—what you feel—starts at level two. Here you must be careful to avoid hurting your spouse. But many marriages are in such need of sharing feelings that the risk must be taken. If you can’t share feelings with your spouse, your marriage is on superficial ground. You won’t grow, and neither will your partner.

The top level of communication is transparency—being completely open with the other person. Transparency means sharing the real you, from the heart. Level-one communication requires a deep degree of trust, commitment, and friendship.

You reserve the transparency level for your spouse and perhaps a few others who are very close to you. Becoming transparent with many people can be dangerous. For example, sharing too much of who you are with someone of the opposite sex can lead to an affair.

When spouses reach the transparency level, they operate with oneness. One can kindly say to the other, “I think you’re angry. Is there something bothering you?”

And the other can answer, “I think you’re right. Maybe what is making me so mad is what my boss said to me in that meeting yesterday.”

Reaching this level of meaningful communication is not easy, but the rewards far outweigh the cost. We all long deeply to be heard and understood. The most natural place for this to occur is within the safe harbor of a healthy marriage. That “safe” harbor can be created and maintained only by a couple committed to each other. At its root, love is a commitment. In marriage, it’s a covenant. First John 4:18 embodies the commitment that brings freedom: “Perfect love casts out fear.” 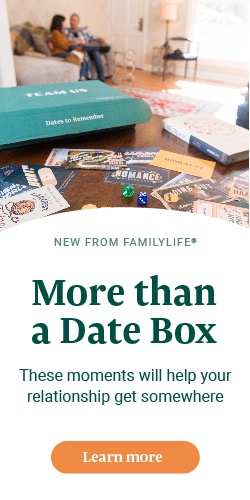