Go Back To All Death of Spouse Articles

Before the Flowers Come: Three Steps to Preparing for Widowhood

There are ways in which we can prepare our lives to find comfort even after the death of a spouse.

My husband, Wayne, retired about four years before he was called Home. We purchased a motor home and traveled much of the time. He would disconnect the clock and hand me his watch saying, “Don’t tell me the time, but you keep your schedule—I will always guard those times for you.” I will never regret those years spent in carefree living. I tell everyone, “Don’t put off your dreams until it is too late.”

Was I prepared when he died? Well, I can’t say that I wasn’t heartbroken, but Wayne and I had submitted to Christ as Lord and Savior around the eighth year of our marriage, and we served Him together for the next thirty-seven years.

Can we ever prepare for the death of a spouse? Perhaps not in ways that can mend the hurt of loss, but there are ways in which we can prepare our lives to find comfort even after their death.

The first step in preparation for the loss of a spouse is establishing a personal relationship with God the Father through faith in His Son. Wayne and I had agreed that we had not been prepared to live until we had made the decision to live for and, therefore, to die in Christ.

From that time on, we related all of living to the Scriptures. Our family dinners with our three children were hours long. Decisions, problems, and joys were taken to our “Wonderful Counselor who is excellent in working” (Isaiah 28:29). All plans and issues of life were discussed in His presence. At times, subjects, such as, deaths of friends and relatives, abortion, euthanasia, suicide, etc., were discussed in the comfort and safety of home, under the authority of the Scriptures and prayer. Our dinners were a reminder that “man does not live on bread alone, but on every word that proceeds from the mouth of God” (Matthew 4:4). Our three children, who are now 62, 59, and 52 years old, count those times as highlights of their lives. That large dining table heard a lot of giggles, weeping, jokes, prayers, and loving.

The next step is to be involved in the church. We, as a family, were always in our place among the family of God. After the children grew up and left home, Wayne and I would pick up other brothers and sisters who had no one to eat with and had lunch out after Sunday services. We also helped with the singles group for people over forty.

When Wayne died, all our children’s friends, our married couple friends, and all of the singles began ministering to me, and they have continued to do so these 24 years. By being involved with our church, we had unwittingly built for me a network of caring people.

Third, make sure you know how to live life without your spouse. When Wayne was alive, one of our special activities was to take long walks. We both were healthy, contented, and free. On one of these walks, three weeks before Wayne would suddenly die of a cerebral hemorrhage, Wayne shared with me that we were not getting any younger and we needed to review some details. When, three weeks later, I was called to make hard decisions, they had already been settled between us, all our children, and under God’s leading. Wayne made certain that when it came time for him to die, all he had to do, was die. He insisted that I learn how to handle every thing in our portfolio. I have seen many widows in deep trouble when they had not been taught how to handle affairs of living.

He also encouraged me to drive more than I liked, and now I still drive all over the country. I have asked Jesus to tell Wayne, “Thanks. Margie is doing pretty well.”

In the sixty years that I have known Christ as my Savior and Lord, God has given to me many ministries. Ministering to widows, though, came about two months after my husband had been called Home.

I joined my younger daughter and family in Connecticut where they had gone to spend the holidays with her in-laws for Christmas in 1980. The people in Connecticut could not understand how I, as a new widow, was not in deep depression, but my life had already been prepared for the eternal when Wayne and I committed our lives to Christ so many years prior.

Back at my church I was asked to minister to a lady who had experienced the death of her husband on Christmas Day. Betty weighed 300 pounds, was deeply depressed, and was having to move from her home. Their son had brought his parents from northern California to southern California when his father was near death so as to live near him. Now she had no place to live.

Betty soon submitted to Jesus as Lord and Savior and He gave her a new home. We are still in touch even to this day—twenty-four years later and she is living the abundant life that her Savior promises those who live for Him.

The next widow God gave to me told me that her children kept saying even after Bill had been gone a year, ”Mom is going to ‘flip out on us’ yet.” But she told them that she would not ‘flip out’ for she had met me and after a long time of living like she and I did, she found we don’t ‘flip out.’ We know that we will be with our spouses forever at the right time.

How do you prepare for widowhood? By keeping your eyes on Heaven, only through the Lord and Savior Jesus Christ—He is everything we need to sustain us from the loss of our loved ones. Praise be to our Lord, when Wayne died, I was guarded and comforted by the greatest truth—Wayne had lived his life in the light of the day he would go Home to be with our Lord, and I have peace and hope because I know I will see him again one day. 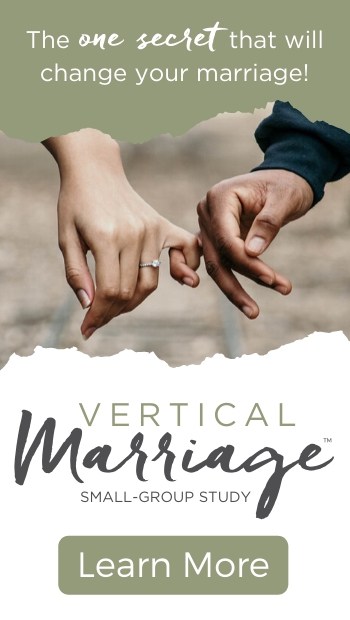