Go Back To All Becoming a Christian Articles

The former special counsel to the president disproved the skeptics who doubted the validity of his conversion.

Back in 1974, in the midst of the Watergate scandal that brought down the Richard Nixon presidency, an odd story surfaced.  Charles Colson, former special counsel to the president, had received Christ as his Savior and Lord.

I admit to having been a bit skeptical at the time.  Colson was known as the hard-nosed “hatchet man” in Nixon’s administration—a man who was, in his own words, willing to be “ruthless in getting things done.”  His list of skeptics was quite long.

Boy, were we wrong.

Colson’s conversion was indeed real, and nearly 40 years later, after Chuck’s death on April 21, 2012, we celebrate a life that God used in mighty ways.  His ministry to prisoners and his decades of writing and speaking established him as an eloquent thinker and spokesman for the cause of Christ.

“There’s got to be more to life than this”

When I think about Chuck, the first word that comes to mind is redemption.  As he told us in a FamilyLife Today interview, at age 41 he was at the top of the world, but he knew something was missing.  Chuck remembers sitting in his White House office day after day in late 1972, looking out over the beautifully-manicured south lawn, and wondering what life was about.

Soon after, he left the White House to resume his private legal practice.  He was meeting with Tom Phillips, president of Raytheon Corporation, and he noticed that Tom seemed more at peace than in the past.  When he asked why, Tom said he had given his life to Christ.  And in 1974, when Chuck’s world turned upside down from the Watergate investigations and it looked like he might be sent to prison, he met with Phillips again to hear more of the story.

As he explained the gospel to Chuck, Phillips took a few moments to read from a chapter titled “The Great Sin” in C.S. Lewis’ book Mere Christianity:

“There is one vice of which no man in the world is free; which every one in the world loathes when he sees it in someone else; and of which hardly any people, except Christians, ever imagine that they are guilty themselves. … There is no fault which makes a man more unpopular, and no fault which we are more unconscious of in ourselves … .The vice I am talking of is Pride or Self-Conceit: and the virtue opposite to it, in Christian morals, is called Humility.”

Hearing these words, Colson knew, “it was me Lewis was writing about.”  As he started to drive away from Phillips’ home that night, he stopped the car and cried out to God to forgive his sins.

For the rest of his life, Chuck said, “I thank God for Watergate,” because the experience set a new direction for his life.  He was sentenced to three years in federal prison for obstruction of justice, and he served seven months of that sentence.  Through that experience God gave him a new mission of ministering to prisoners, and that was the birth of Prison Fellowship.  That ministry has now grown into a large and well-respected outreach to prisoners around the world.  “One of the greatest things that happened in my life was going to prison,” he said.

Chuck’s book about his conversion and new mission, Born Again, became a best-seller in 1976, and was the first of many other powerful and challenging books about walking with Christ and forming a Christian worldview.  He was recognized many times over the years for his advocacy of the gospel and his commitment to prisoners; in 1993 he was awarded the Templeton Prize, a million-dollar gift awarded each year to someone who made “exceptional contribution to affirming life’s spiritual dimension, whether through insight, discovery, or practical works.”

After we first interviewed Chuck on FamilyLife Today in 2005, I was pleased to build a friendship with him.  I am very grateful for his belief in me as a man; I think all men, regardless of age, need older men in their lives to encourage and mentor them, and Chuck became one of those men in my life.

I am also grateful for his advocacy for the family.  Last year he saw part of our video conference, The Art of Marriage®, and was excited about the way people could use this tool to help marriages of other couples.  Just a few months ago he spent some time with our Weekend to Remember® speaker team to encourage them about the importance and urgency of their ministry.  It was to be the next to last speaking engagement of Chuck’s life.

Last month a member of the FamilyLife executive team attended a gathering where Chuck was challenging ministry and church leaders to step up and engage their communities on the key issues of life, marriage, and religious freedom.  Our team member said Chuck was “passionate, excited, and urgently compelling the participants to act on behalf of the kingdom.”  It turned out to be the last message Chuck completed, because that night he was stricken with an intra-cerebral hemorrhage.

I’m glad my cynicism was misplaced when I first heard of Chuck Colson’s conversion back in 1974.  He lived his life well, following the King of kings faithfully. Chuck was a great gift to the body of Christ. His own words sum him up well:

“I’ve just been a man doing his duty.  When I think of what my Savior did for me, I would be dead today were it not for that.  I would have suffocated in the stench of my own sin.  I do what I do out of gratitude to God for what He’s done for me.”

I’m not the only one who is going to miss his life and “voice.”  He was a gift from God to the Christian community, to our country, and the world.

Is He Marriage Material? 6 Qualities That Te...

What makes a man marriage material? In my own search, I’ve kept a list of nonnegotiables—most revolve around Christlike character.
Read More

10 Ways To Help a Friend Going Through a Div...

While every divorce is unique, they are always painful. So how can you come alongside your friend going through a divorce?
Read More

‘What is Lent?’ Lent for Kids, Made Easy

Kids asking, “What is Lent?” We’ve got a rundown of Lent for kids to help you explain, plus activities to help bring it home.
Read More 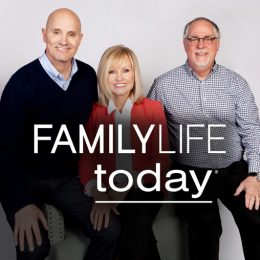 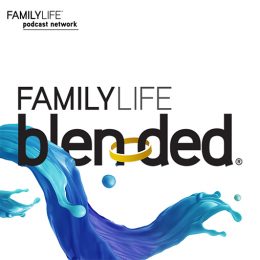